Short thematic challenges (up to six victories) that periodically take place in Clash Royale is a very good opportunity to try all cards available in the game. Frankly speaking, I try to use this ability every time. Accordingly, I start every such new challenge with a new deck that has at least one card I’ve not found yet in common game. During the last such challenge (Furnace challenge), I decided to try a very interesting combination of Golem and Inferno Dragon and the result was very decent (I won that challenge easily)!

Deck for Golem and Inferno Dragon. 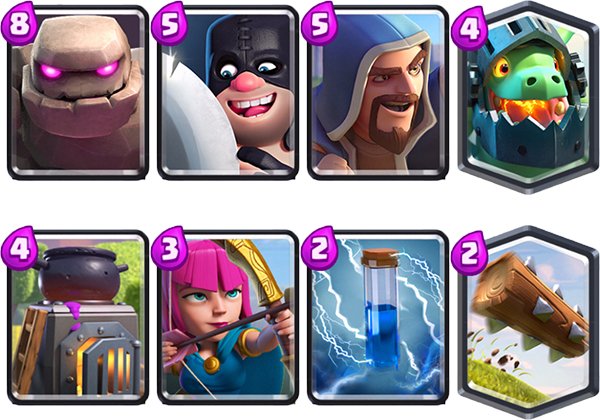 A few words about the deck I’ve used. In addition to the dragon and Golem, I’ve chosen the next cards:

The main task of attack with this combination is to lead successfully the dragon up to the opponent’s tower. Accordingly, Inferno Dragon has to be the third card thrown into a battle after Golem and Wizard or Executor (it’s concern to attack strategy only). Thus, the order of troop deploy is next:

P.S. Of course, it’s difficult to place all these three cards in such order due to opponents action. But in mostly cases if you put Golem onto arena first, an opponent begins to think about own defense and don’t begin own attack. Thus, start the attack first!

In this short video, you can watch examples of successful attacks with Golem and Inferno Dragon combination in Furnace challenge:

Good luck and see you on Clash Royale arenas! 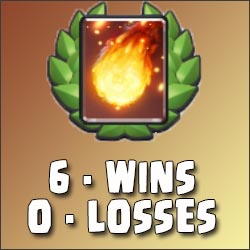 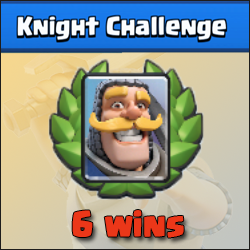