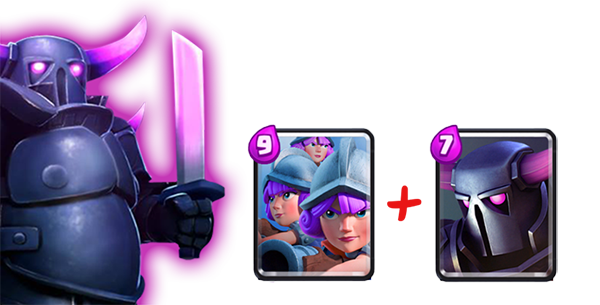 As a rule, any Clash Royale player has at least one heavy card in his battle deck! It can be Golem or Giant or any other card the character of which has a huge stock of hitpoints or enormous damage power! But what if there will be two such cards in the deck? For example P.E.K.K.A and Three Musketeers? Can these two very expensive cards be in one deck? I became interested and decided to try…


And honestly I was pleasantly surprised because the combination of “PEKKA and Three Musketeers” works great in Clash Royale! The main thing is correctly to build a deck and properly to use the cards!

Given to the huge cost of PEKKA and Three Musketeers all other cards in a deck must be cheap. It’s an axiom. In other case, there could be a situation when you are under attack of gang of enemy units and you have two drops of elixir only but the nearest possible card requires 5 🙂  But if you have cheap cards – they can win the time and save your tower. Thus, I’ve formed the next deck: 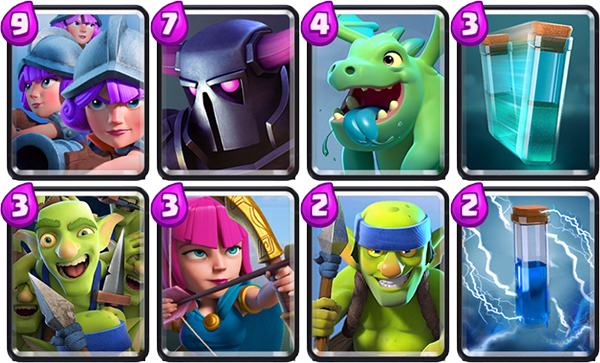 A few words about the cards I’ve chosen.

The main thing of this combination is to place two these cards (PEKKA and Three Musketeers) onto arena simultaneously.  How to do it? Simple:

Note: as every combination in the Clash Royale, this one has own minuses also… It’s vulnerable against Inferno Tower, Rocket, Fireball and Lighting.

On the video below, you can watch a few very good attack made by this combo:

Good luck and see you at the arenas Clash Royale! 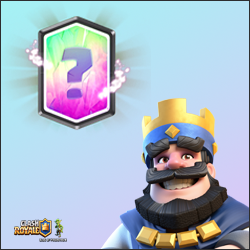 Probability of getting legendary card in Clash Royale 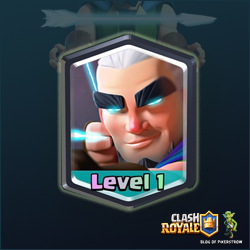 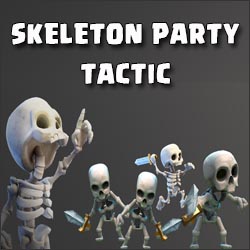